Over the past week, U Network saw its price go down by -10.2%. It is above its 20 day moving average by 3.41%, so it’s fairly close. U Network’s bullish momentum, based on its distance from its 20 day moving average, is above average relative to our index of cryptocurrencies. In terms of volatility, U Network exhibits greater price volatility than approximately 87% of coins in our index, so bear that in mind if you decide to trade it. If volatility over the past three weeks is any indication of what’s to come, we can expect U Network to bounce between 0.005499724 and $0.01036758 US dollars per coin. 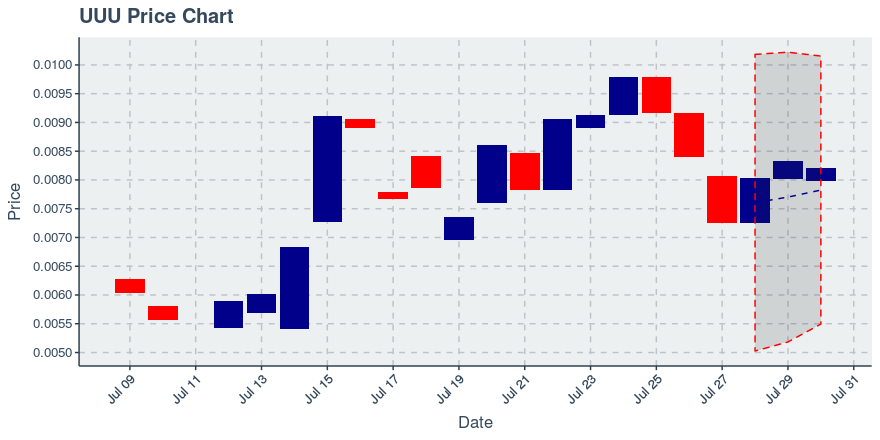 Over the past week, U Network saw its daily volume range between 16,708.92 and 1,833,792 units of its own currency. Looking back over past 21 days, volume has trended downwards, but price has gone in the opposite direction — up. The past 7 days saw U Network’s trading turnover — meaning the percentage of its available supply that was traded — come in at 0.01%. Its turnover rate is more than approximately 3.09% of the cryptocurrencies in our index, so it’s well below average; this coin may be hard to get into and out of, and thus is suitable only for those interested in holding and exiting slowly and patiently.

At the moment, U Network has 8 repositories open to the public on GitHub, with the oldest one now being 1.52 years young. The last recorded update to its public repositories was within the past week which is not bad, as the coin is still being updated routinely. U Network’s public repos now have 203 which is about average compared to other similar coins; that’s more than approximately 46 % of coins in its index. The coin has 10 outstanding issues in the backlog awaiting to be addressed by the core development team. In comparison to the number of watchers it has, though, its open issues count seems to be in good shape. To elaborate: the ratio of open issues to developers who are watching U Network’s GitHub repos is more favorable than 63% of similar coins in our index.

U Network News and Commentary

We found one link over the past week about U Network that we thought was especially worth sharing. If available, we added an excerpt from the article to help give a taste of what it is about.