Bitcoin is up about 1.81% from the previous day, putting its price at $10,372.29 US dollars at the time of this writing. This is the 2nd consecutive day that Bitcoin has moved up, but the coin’s trend over the past two weeks is unclear. Since it is close above relative to its 20 day average price of $10,152.16, staying above the 20 day moving average may be important in terms of sustaining short-term momentum. Alternatively, for those interested in trading ranges that Bitcoin bounces between, its current two week trading range in US dollars is between $9,439.79 and $10,864.53. In terms of its overall importance in the cryptocurrency market, Bitcoin’s current market capitalization is $185.02 billion US dollars, which is about 69.98% of the market capitalization of all cryptocurrencies. As for the recent behavior, Bitcoin’s dominance level hasn’t exhibited a clear trend — but has fluctuated between 68.94% and 70.84%. As its dominance level doesn’t have a clear direction at the moment, one could argue it isn’t clear yet whether altcoins will survive — or if Bitcoin will capture the entire market and the vast majority of use cases for cryptocurrencies. 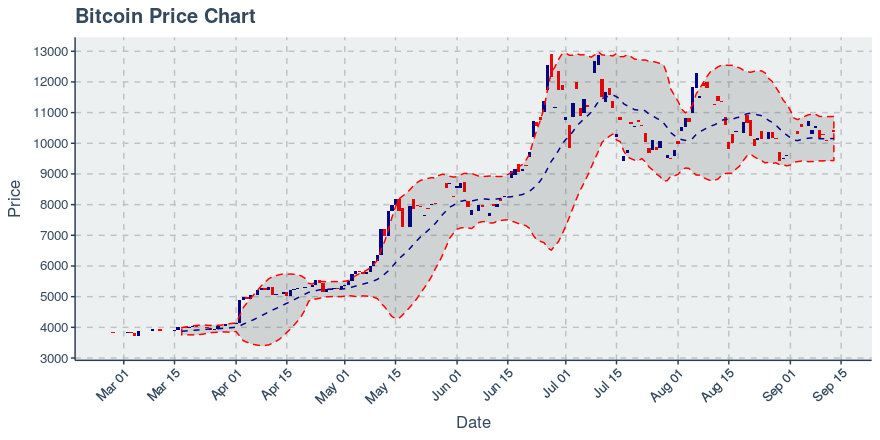 Yesterday, the Bitcoin blockchain saw 308,856 transactions recorded on it. The trend in daily transactions is not clear, though it should be noted that transactions have fallen by about 5.3% over the past week. If Bitcoin does not grow transactions, it may need to derive its value as a form of savings. In terms of transaction fees, the average cost for sending Bitcoin yesterday ended up being approximately $0.92 US dollars. The average transaction fee has been declining at a rate of about 0.34% per week, but the average amount of money sent in transactions, in US dollars, is up 0.79% week over week. Last but certainly not least, Bitcoin’s hash rate continues to trend upwards on a 30 day basis, growing about 0.8% per day. Given the upwards trend in bitcoin mining, it may be that hash rate is getting more intensive; this could result in the chain’s security growing stronger. As such, this might enable Bitcoin to attract more high value transactions.

Over the past 30 days, 2.45% of the 567.6 million Bitcoin wallets holding a balance reported a transaction. In terms of engagement, note that the number of monthly active users in Bitcoin has been sinking by about 17,951.69 per day. Over 90.4% of the outstanding Bitcoin is held by the top 1% of Bitcoin wallets.