In the week prior, the price for Pundi X went down by -7.78%. It is below its 20 day moving average by 12.69%, so it’s a bit of a ways off. Pundi X’s bullish momentum, determined by its distance from its 20 day moving average, is pretty far negative compared to the other coins we’re covering, and thus may be due for a correction upwards or some kind of a period of low volatility. Regarding volatility, Pundi X is more volatile than roughly 82% of coins in our index, so bear that in mind if you decide to trade it. Looking ahead, if the upcoming week mirrors the volatility of three past three weeks, the price range for Pundi X in US dollars is expected to be between $0.0003010751 and $0.0005297449. 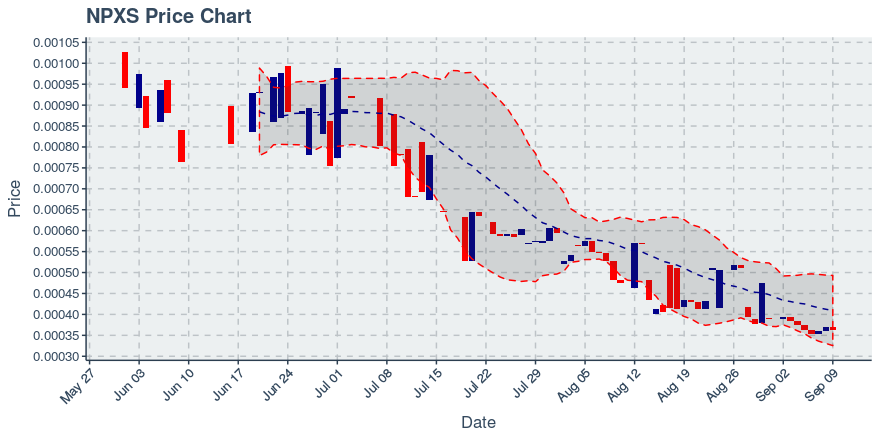 In the week prior, the daily volume for Pundi X has ranged between 100,303,726 and 816,089,703 currency units. Over the past three weeks, the trend in volume does not have a clear direction, while the price trend is clearly down. The past 7 days saw Pundi X’s trading turnover — meaning the percentage of its available supply that was traded — come in at 0.25%. This turnover rate is higher than approximately 25% of the cryptocurrencies we monitor, which means it’s below average, and so there may be some risk that traders/investors have difficulty in getting in and out of positions.

At the moment, Pundi X has 6 repositories open to the public on GitHub, with the oldest one now being 1.92 years young. Its most recent public update was more than a week ago which is potentially concerning; more than a week without an update may suggest development is too slow. Pundi X’s public repos now have 3 which is very bad on a relative basis; it bests only 6 % of the 100 similar coins in our index. The coin has 0 total outstanding issues across all 6 of its public repositories on GitHub. Relative to the number of watchers it has, though, its open issues count doesn’t seem like something to worry about. To put the situation in context, Pundi X has a better issue/watcher ratio on its GitHub than 92% of similar coins we’re tracking.

Over the past week, we found 2 links about Pundi X that we found especially interesting. If available, we added an excerpt from the article to help give a taste of what it is about.