Bitcoin is up about 3.02% from the previous day, putting its price at $10,076.66 US dollars at the time of this writing. Yesterday’s up day is a reversal of the day before it. In terms of trend, though, note that the current price is now 5.43% below its 20 day moving average, and is currently in an unclear trend over the past 14 days. It is now approximately 5.43% below its average price over the past 20 days of $10,655.02, which is somewhat close; a climb up to the 20 day moving average may be needed before momentum buyers come in. Alternatively, for those interested in trading ranges that Bitcoin bounces between, its current two week trading range in US dollars is between $9,668.27 and $11,641.77. Its market capitalization currently is estimated to be around $179.3 billion US dollars, while it’s market dominance (percent of total crypto market) is estimated to be 64.43%. It should be noted, though, that Bitcoin’s dominance has been slowly moving down, reporting an average daily fall of -0.13% over the past 14 days. A fall in dominance may suggest the competition Bitcoin faces from other cryptocurrencies is real, and as such, altcoins may constitute viable investment opportunities. 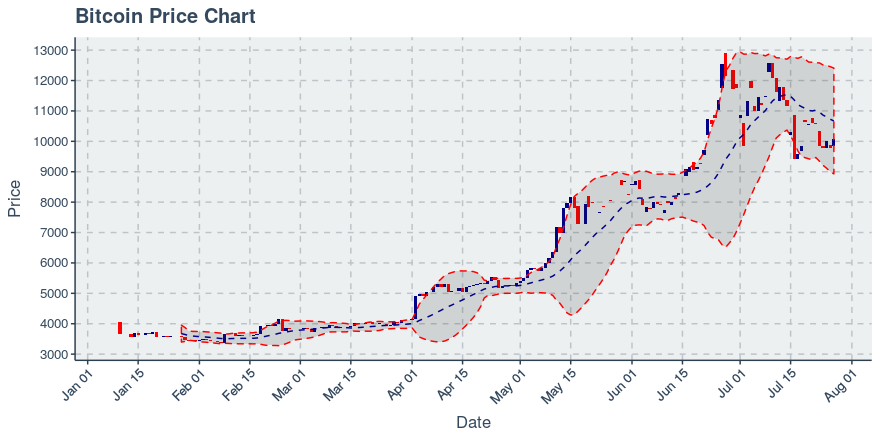 Yesterday, the Bitcoin blockchain saw 319,612 transactions recorded on it. Daily transactions recorded on the Bitcoin blockchain fallen by approximately -2.76% this past week, though it should be noted the trend is not clear at this time. Bitcoin may end up functioning as a store of value if it does not increase the number of daily transactions occurring on its chain. Yesterday, Bitcoin’s average fee per transaction came in at $1.67. Transaction fees have been decreasing by approximately 7.22% per week, while the average transaction size is down 27.41% in US dollars. The decline in Bitcoin’s transaction fee is welcome, but the decline in average transaction value may hinder the narrative of Bitcoin as a currency for large transactions. Last but certainly not least, Bitcoin’s hash rate continues to bounce around on a 30 day basis, growing about 0.2% per day. Given the unclear trend in bitcoin mining, it may be that hash rate is getting more uncertain in a way; this could result in the chain’s security being something to pay attention to. This may not help Bitcoin earn greater trust from developers and investors alike.