In the week prior, the price for Huobi Token went down by -3.88%. It is below its 20 day moving average by 10.32%, so it’s somewhat away. Huobi Token’s bullish momentum, if assessed by its distance from its 20 day moving average, is pretty far negative compared to the other coins we’re covering, and thus may be due for a correction upwards or some kind of a period of low volatility. In terms of volatility, Huobi Token exhibits greater price volatility than approximately 54% of coins in our index, so it’s volatilty is about what you’d expect for a cryptocurrency in our index. If volatility over the past three weeks is any indication of what’s to come, we can expect Huobi Token to bounce between 2.560275 and $4.293125 US dollars per coin. 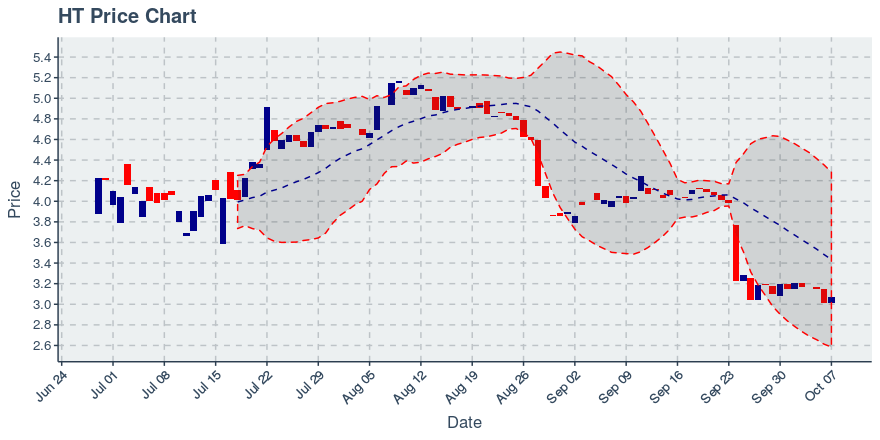 In the span of the preceding 7 days, Huobi Token’s daily volume, in terms of its own unit of currency, has fluctuated between 1,481,871 and 4,902,512. Over the past three weeks, volume has steadily risen, but price has been declining. The past 7 days saw Huobi Token’s trading turnover — meaning the percentage of its available supply that was traded — come in at 1.51%. Its turnover rate is more than approximately 66.28% of the cryptocurrencies in our index, so it’s above average and thus will have enough liquidity for many investors/traders.

Huobi Token saw the number of wallets holding its coin go from 8,710 to 8,698 over the past week — a change of -0.14%. In terms of blockchain-recorded transactions made by these wallets since their inception, that number changed from 333,496 to 337,202, which translates to growth of 1.11% for the week. This translates to a combined engagement growth rate of 0.97% for Huobi Token — which is higher than 80.48% of the cryptocurrencies we’re reporting on. One interpretation of this may be that the coin may be on track to getting and sustaining actual usage.