Since last week, EDUCare’s price went down by -2.4%. It is below its 20 day moving average by 2.33%, so it’s fairly close. EDUCare’s bullish momentum, if assessed by its distance from its 20 day moving average, is roughly middle-of-the-pack relative to the cryptos we’re tracking. Regarding volatility, EDUCare is more volatile than roughly 5% of coins in our index, so this coin might not move much — something traders and investors will certainly want to keep in mind. Looking ahead, if the upcoming week mirrors the volatility of three past three weeks, the price range for EDUCare in US dollars is expected to be between $0.1518273 and $0.1735627. 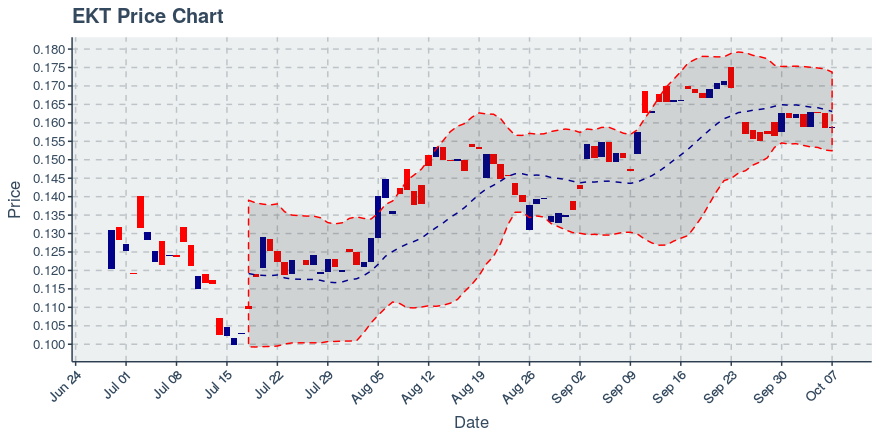 In the span of the preceding 7 days, EDUCare’s daily volume, in terms of its own unit of currency, has fluctuated between 5,583,823 and 16,091,228. Over the past three weeks, the trend in volume does not have a clear direction, while the price trend is clearly down. EDUCare experienced a turnover rate of about 1.55% over the past week, which means that is the percent of its available money supply that is traded daily. This turnover rate is higher than approximately 67.44% of the cryptocurrencies we monitor, which means it’s above average and thus will have enough liquidity for many investors/traders.

The number of wallets holding EDUCare went from 50,446 to 50,448 in the past week, marking a change of 0.00%. And in regards to cumulative transactions logged on the blockchain, they went from 156,637 to 156,644, which amounts to a change of 0.00%. EDUCare’s combined growth rate — meaning the sum of its growth rate in holders and transactions — is 0.00% which puts it ahead of 6.82% of the coins in our index. This growth rate suggests the coin’s usage is not growing much at all.

EDUCare currently has 9 public repos on GitHub, with the oldest one clocking in at 1.82 years young. Its most recent public update was more than a week ago which is potentially concerning; more than a week without an update may suggest development is too slow. EDUCare’s repos that are visible to the public collectively have 145 watchers — that’s more than only 34 % of the 100 similar coins in our index. The coin has 0 issues reported across its public repositories. In comparison to the number of watchers it has, though, its open issues count doesn’t seem like something to worry about. To put the situation in context, EDUCare has a better issue/watcher ratio on its GitHub than 88% of similar coins we’re tracking.