In the week prior, the price for EDUCare went down by -16.48%. It is below its 20 day moving average by 10.94%, so it’s a bit of a ways off. EDUCare’s bullish momentum, based on its distance from its 20 day moving average, is pretty far negative compared to the other coins we’re covering, and thus may be due for a correction upwards or some kind of a period of low volatility. Regarding volatility, EDUCare is more volatile than roughly 52% of coins in our index, so it’s volatilty is about what you’d expect for a cryptocurrency in our index. If volatility over the past three weeks is any indication of what’s to come, we can expect EDUCare to bounce between 0.1367467 and $0.1762833 US dollars per coin. 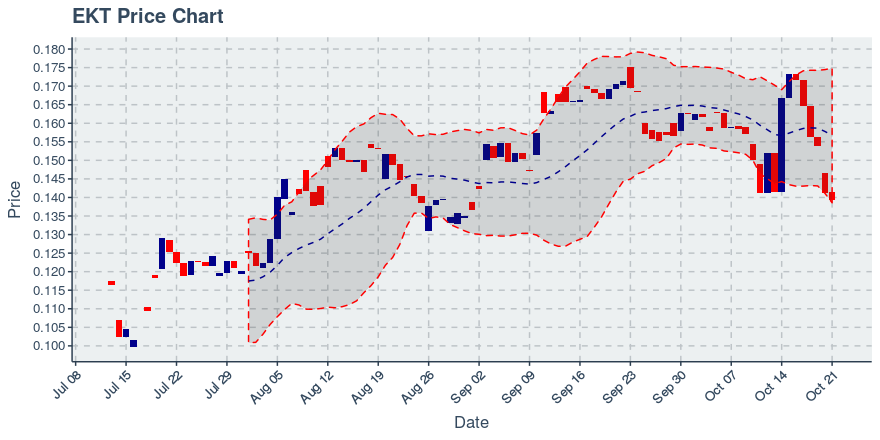 Over the past week, EDUCare saw its daily volume range between 3,943,520 and 18,935,277 units of its own currency. In the three weeks prior, the trend in volume,like the trend in price, is choppy and does not reveal a clear direction. Over the past week, EDUCare saw its trading turnover — which we define as average daily trading volume divided by circulating supply — register at 1.65%. This turnover rate is higher than approximately 70.33% of the cryptocurrencies we monitor, which means it’s above average and thus will have enough liquidity for many investors/traders.

Over the past week, EDUCare saw its holders go from 50,448 to 50,451, an increase of 0.01%. In terms of blockchain-recorded transactions made by these wallets since their inception, that number changed from 156,645 to 156,668, which translates to growth of 0.01% for the week. EDUCare’s combined growth rate — meaning the sum of its growth rate in holders and transactions — is 0.02% which puts it ahead of 37.93% of the coins in our index. This could indicate that its change in engagement is below average, at least on a percentage basis.