At the time of this writing, Bitcoin’s price is $10,221.46 US dollars, down approximately 3.99% from the day prior. This is now the 2nd straight day that Bitcoin has headed down, and the coin’s prevailing trend over the past 14 days is down. Since it is somewhat close below relative to its 20 day average price of $10,989.17, a climb up to the 20 day moving average may be needed before momentum buyers come in. On the flip side, for those who prefer a rangebound view when trading, Bitcoin’s trading range — based on its momentum and volatility over the past two weeks — is between $9,724.8 and $12,253.55 (in US dollars). Its market capitalization currently is estimated to be around $181.73 billion US dollars, while it’s market dominance (percent of total crypto market) is estimated to be 68.29%. Bitcoin’s dominance level has been without a clear trend over the past two weeks, fluctuating between 67.16% and 69.3%. As its dominance level doesn’t have a clear direction at the moment, one could argue it isn’t clear yet whether altcoins will survive — or if Bitcoin will capture the entire market and the vast majority of use cases for cryptocurrencies. 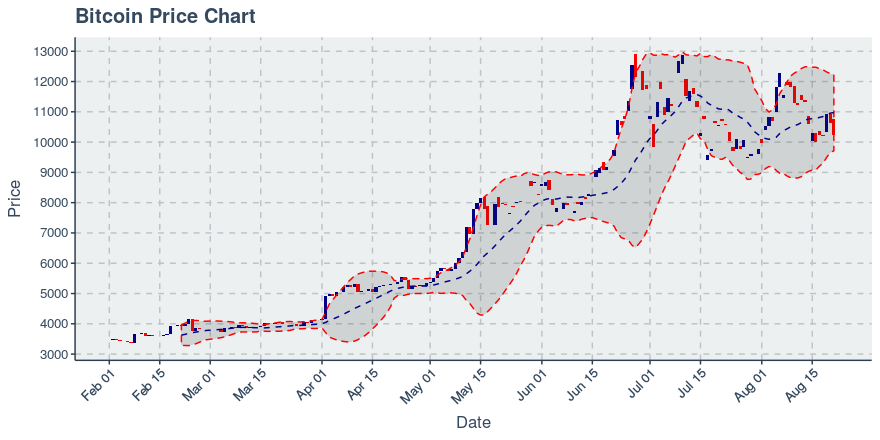 333,304 transactions were recorded on the Bitcoin blockchain yesterday. The trend in daily transactions is not clear, though it should be noted that transactions have dropped by about 1.14% over the past week. Ultimately, if the currency does not succeed in growing transactions on its chain, its primary utility may be as a store of wealth. Yesterday, Bitcoin’s average fee per transaction came in at $1.34. Transaction fees have been declining by approximately 17.95% per week, while the average transaction size is up 3.03% in US dollars. Last but certainly not least, Bitcoin’s hash rate continues to bounce around on a 30 day basis, growing about 0.25% per day. Ultimately, the security of Bitcoin is being a point to bear in mind, because the hash rate trend is unclear — which implies the trend in mining strength is now harder to interpret. This may not help Bitcoin draw more capital to its chain.

2.51% of the 558.73 million Bitcoin wallets holding a positive balance have transacted within the past 30 days. The number of monthly active users is in a downtrend, going about 19,537.52 per day over the past two weeks. In terms of ownership concentration, approximately 90.49% of the outstanding Bitcoin is owned by just 1% of the wallets with a positive balance.

8th August 2019
We use cookies to ensure that we give you the best experience on our website. If you continue to use this site we will assume that you are happy with it.OkPrivacy policy