At the time of this writing, Bitcoin’s price is $10,401.35 US dollars, up approximately 4.05% from the day prior. The past 24 hours mark a reversal in price from the day prior. It should be noted, though, that price is still in a down trend, and is currently 3.82% below its 20 day moving average; staying above this level may be critical to sustain short-term momentum. At the moment, it’s about 3.82% below its 20 day average price of $10,814, which is close; climbing above the 20 day moving average may help foster bullish momentum. Alternatively, for those interested in trading ranges that Bitcoin bounces between, its current two week trading range in US dollars is between $9,339.59 and $12,288.42. The currency’s market cap is now at $185.97 billion US dollars, and it’s market dominance — the percent of the entire amount of capital invested in cryptocurrencies that belong to Bitcoin — is at 68.64%. As for the recent behavior, Bitcoin’s dominance level hasn’t exhibited a clear trend — but has fluctuated between 66.15% and 69.3%. As its dominance level doesn’t have a clear direction at the moment, one could argue it isn’t clear yet whether altcoins will survive — or if Bitcoin will capture the entire market and the vast majority of use cases for cryptocurrencies. 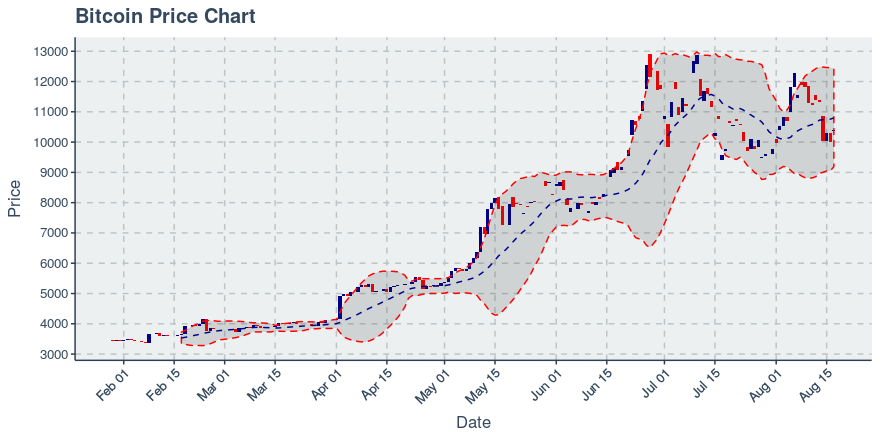 Yesterday, the Bitcoin blockchain saw 323,625 transactions recorded on it. The trend in daily transactions is not clear, though it should be noted that transactions have declined by about 4.08% over the past week. Ultimately, if the currency does not succeed in growing transactions on its chain, its primary utility may be as a store of wealth. In terms of transaction fees, the average cost for sending Bitcoin yesterday ended up being approximately $1.51 US dollars. The average transaction fee has been growing at a rate of about 17.59% per week, but the average amount of money sent in transactions, in US dollars, is down 6.73% week over week. In terms of how much computing power Bitcoin is using, over the past 30 days its hash rate has continued to trend upwards, ultimately growing daily by approximately 0.56%. A trend in hash rate that is upwards suggests that mining is becoming more intensive, and that the chain is thus improving. This may help Bitcoin draw more capital to its chain.

Over the past 30 days, 2.53% of the 557.4 million Bitcoin wallets holding a balance reported a transaction. In terms of engagement, note that the number of monthly active users in Bitcoin has been oscillating by about 2,595.646 per day. The top 1% of Bitcoin wallets hold over 90.61% of the outstanding Bitcoin.